Linear light support has been added in version 0.73

The issue with faded trees on linear lighting has been moved to another thread. But the issue at the top of this thread has been fixed as of 0.71

This isn't necessarily a game-breaking issue, as the transitions still work pretty good. However, if you are seeing an unacceptably strong halo around your trees as the transitions are occuring, you can try turning off Unity's Anti-Aliasing in Edit->Project Settings->Quality.

Unfortunantly, there doesn't appear to be an option in Unity's scripting code to allow me to run the LushLOD post processing effect prior to Unity's Anti-Aliasing. And I think it would make sense that Unity should allow post processing effects to be run before its Anti-Aliasing, so I'm going to mention this on the Unity forum and hopefully they will make this possible in a later Unity version.

Spikes appearing above and below trees in Unity 5.5.0f3

This is not being caused by any of the LushLOD Tree shaders, or by the LushLOD post processing effects. If you disable the post processor, and you switch the billboards to use one of Unity's built-in alpha cutout shaders, the glitch still appears. Changing the Aniso Level of the atlas texture from 1 to 0 makes the line appear worse, and turning on or off Unity's Anti-Aliasing in the project settings can make the line appear more pronounced.

The issue appears to be that this version of Unity (5.5.0f3) is not handling the edges of the UV correctly, and pixels above and below are bleeding into the image. I don't see this happening in version 5.4 of Unity, so I think this is a new issue. I tried editing the atlas image, and deleting the trees that appear above and below this particular tree, and the lines went away. However, I had to delete an excessively large amount above and below to get the line to fully disappear. It wasn't just a few pixels I had to delete. I had to erase like 50 or 100 pixels above and below, to full erase these lines. I pretty confident that my UV's are positioned correctly, so this seems like a bug in Unity.

I'm going to guess that Unity will fix this issue soon, and so for now I'm just going to wait and see if this problem goes away in a later version of Unity.

I'm not familiar with world streamer so I'm not sure if I fully understand all your questions here, but I'll answer as best I can.

1) I don't know what you mean by "game object of the scene", so hard to answer that one.

One other potential issue is that the trees are not directly part of the Terrain, they are regular gameobjects. So world streamer would need to have the option to spawn the trees as regular game objects (where each tree has its own "transform" component, and where each tree can be selected in the Hierarchy window). When I say "part of the terrain" I mean that if you click on a Terrain object, you'll see a tab for "Trees" in the inspector. That tab is for trees that are directly part of the terrain. And LushLOD Trees can not be added directly to a terrain like this, they have to be added to the scene as game objects.

The trees can be spawned during gameplay, however, it creates a small hickup in the frame rate when you link all the trees together (called parenting), which helps them to check their distance to the camera with less processing power. That hickup only occurs when you recalculate the parents, which has to happen anytime you add or remove any trees from the scene. For a scene with thousands of threes, the hickup will be very noticeable. If world streamer would continually add and remove trees from the scene, then those hickups would be happening constantly which would not be acceptable. I could possibly rework the code that calculates the parents, and put that code into a seperate thread in order to make those hickups much less noticeable or potentially get rid of them. Only way I guess to know if that's needed would be to test it. Other than this one issue, I can't think of any other reason why it wouldn't work.

On Wii U, errors are being generated by warning script

PS the above shader will only fix the "Ultra" quality shader. Here's the fix again, but this time for "Great" quality: https://drive.google.com/open?id=0B4P0TMlg5whuX3dYOUMySGVMM00

Same thing as above, just copy it into the LushLOD Trees -> Internal Files -> Shaders -> Resources folder.

It looks like the levels of shadow are calculated differently in linear color mode, and I could spend the rest of my life trying to make a single shader that would somehow automatically balance out the difference so that it looks exactly the same regardless of which color mode is being used.

So for now, here's what I did. I edited the shader named "TreeCreatorLeavesOptimized_SimpleShadows_Ultra". All I did was I multiplied the intensity of the shadows by 1.5, and I allowed them to be about 25% stronger. This made them appear, but I still don't think their gradient values look right in linear color space. They probably need more adjusting to get them right.

Copy it into the LushLOD Trees -> Internal Files -> Shaders -> Resources folder, and overwrite the shader that's there (make a backup first -- to go back to using gamma color, you'll need to restore the backup). Once you copy the shader into that folder, the shadows should appear immediately when you run the game.

For anyone interested, all the code for the simple shadows shader is found in the "Shaders -> Partials" folder, and it can be fully edited in shader forge. Once you edit it there, you have to manually copy and PASTE all of the code directly into the TreeCreatorLeavesOptimized_SimpleShadows_Ultra shader in order for it to be used, because the stuff in the "Partials" folder isn't used directly, it has to be copied manually. 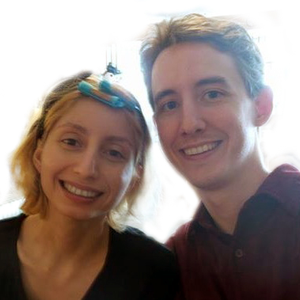